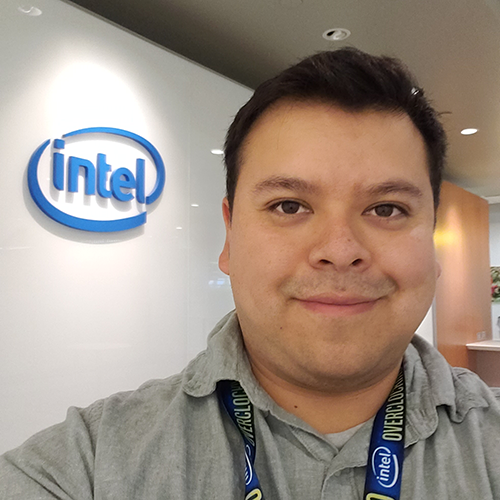 UNT Department of Computer Science and Engineering alumnus Jose Barcenas ('14) is working his dream job. The Outstanding Graduating Computer Engineering Senior – named that in 2014 – said he first discovered what he wanted to do for a career during his internship at Texas Instruments.

"Prior to my internship, I was focusing on software engineering, but I noticed while I was at T.I. that what I really wanted to do was work with semiconductors, and to do that, I would need to get my master’s," he said.

After pursuing his M.S. in Electrical and Computer Engineering elsewhere, Barcenas got a job working at Intel as a product development engineer following an internship with the company.

"I was always interested in this company and what it did. It was kind of my dream job – to work there someday," he said. "The chance to work at Intel was something I couldn’t pass up."

Now, Barcenas is a system validation engineer at Intel, working in post-silicon validation.

"I work on the testing and validation of Intel computer chips," he said. "I’ve worked on power and performance in the past, but am now what is considered an 'overclocking engineer.' In this role, I test the limit of the chip to see how far we can take it using scripting and benchmarks."

Barcenas said he loves engineering for the simple fact that he never stops learning.

"I think as an engineer, one thing I always tell people is that engineering is a great field if you always want to learn," he said. "It’s great, because you just get paid to learn!"