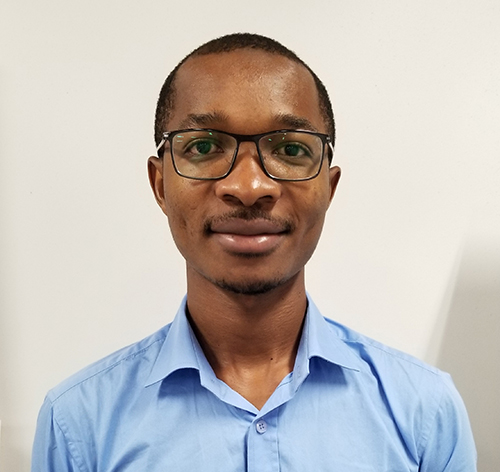 Computer science and engineering doctoral student, Aboubakar Mountapmbeme, was awarded the Doctoral Consortium Best Speaker Award at the annual CMD-IT/ACM Richard Tapia Celebration of Diversity in Computing Conference this fall. The recognition comes with a $1,000 award.

Under the guidance of his advisor, professor Stephanie Ludi, Mountapmbeme's research focuses on identifying, understanding and solving accessibility barriers in block-based programming.

"Block-based programing is a type of programming where we use visual elements called blocks and connect them together to build a program," said Mountapmbeme. "Currently, there is no fully accessible mainstream block-based programming environment for people with visual impairments, so we're trying to fix that."

Mountapmbeme is working with K-12 teachers and students to help identify inaccessibilities in block-based programming as well as create a more accessible prototype. He'll use a user-centered design approach through in-person and virtual studies to create a design and feedback loop that seeks to understand and solve these issues.

"Addressing accessibility needs has always been a concern of mine since childhood as I stayed with my grandfather who was blind. I've always had that motivation and wanted to use my computer science knowledge to help people with different abilities in society. So, when I started my Ph.D. and learned about the work Dr. Stephanie Ludi was doing in her lab, I was very interested," he said. "Programming is a very valuable tool – anyone who has this knowledge of programming can do lot of things for themselves and for the society at large. It's a very powerful thing." The research could have far-reaching impacts, increasing the participation of students with visual impairments in computer science education, as well as broadening job opportunities for people with visual impairments in one of the most in-demand fields. "There's a lot of interest in this sort of work, because of the potential it has," he said. "Creating fully accessible programming environments would allow people with visual impairments learn and practice computer science independently." Learn more about Mountapmbeme's research by watching a Google TechTalk he gave at the Blockly Developer Summit in 2019.