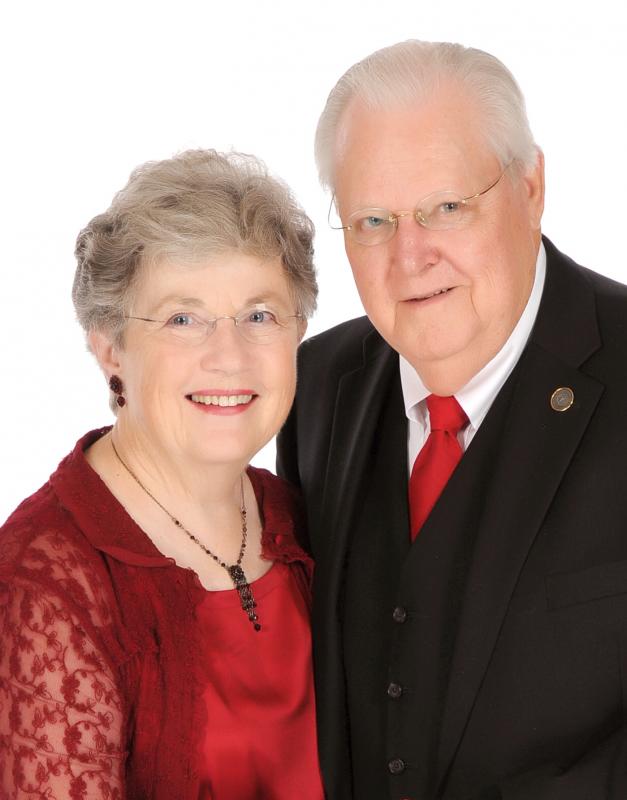 In 1959 at the end of my senior year in high school, I heard a speaker during career day talk about how a woman had designed the bridge that arched over I-30 southwest of downtown Dallas.  That was when I decided I wanted to become an engineer and design bridges.  Big problem!  I had just been given a full music scholarship on oboe to TCU, but TCU did not have an engineering school.  SMU was too expensive, Texas A&M was all male, UT was too large for a small town girl like me, and it was too late to get into Rice.  So, sight-unseen, I decided to go to Texas Tech.  My high school band director father and elementary school teacher mother were not at all delighted that I had given up a full scholarship, but they did drive me to Lubbock (I was not allowed to have a car until I could pay for one) and dropped me off at the curb of my dorm.

During registration, I was noticeably the only girl standing in line with my IBM cards waiting to sign up for engineering classes.  A well-meaning Civil Engineering advisor/faculty member counseled me that I more than likely would not be able to master the courses and most certainly would not be given a job in engineering, even if I did successfully complete the required curriculum.  Seeing the handwriting on the wall, I decided to enter the field of engineering through a different door – Industrial Engineering.  Four years later, I received the degree and was the only woman in the nation at that point in time to be inducted into Alpha Pi Mu, the Industrial Engineering Honor Society.  However, the scholastics of college did not dominate my time.  I was a twirler in the Goin Band of Raiderland for four years, played oboe in the concert band, pledged Kappa Kappa Gamma social sorority, and was elected to Tech’s student government.  During the spring semester of my senior year, I interviewed for and was offered jobs across the nation, but decided on a position with IBM in Dallas as a Systems Engineer.

Six months after graduating, I married my husband of 55 years, Mark. We had dated off and on at Tech for three years. Mark obtained a law degree from SMU after three years and then had to fulfill a four year commitment to the Air Force due to his ROTC training while at Tech. So my three and a half years at IBM ended and my career as a full-time mom for the next fifteen years began.  We had a two year stint in Tucson, Arizona, then two years in Karamursel, Turkey, during the Vietnam conflict.  We settled in Mark’s hometown of Winnsboro where his ancestors settled in the 1850s and built our dream home on some land we had purchased after law school.

Fast forward those fifteen years and four children later when my oldest son received his driver’s license and could help me with my many chauffeuring duties, I decided to go back to school. I enrolled at the University of Texas at Tyler – now one of the fastest growing universities in Texas – to get a computer science degree to try and bring my IBM experience up-to-date. My first year there I was offered a position as an Instructor. I enthusiastically accepted UT Tyler’s teaching position, but noted that I made well below what other faculty members made who were doing much the same as what I was expected to do. So, after receiving both an undergraduate and graduate degree in computer science in the space of three years, I began looking for a school within commuting distance from which I could obtain a PhD. The University of North Texas was the only university with an accredited computer science program in the state of Texas at that time. So, I applied and was accepted.

It was grueling.  I had a 60 mile commute to UT Tyler from my home.  I would teach one or two classes, drive the 135 miles through Dallas to Denton, usually in the thick of the going home traffic, attend class, then drive the 114 miles back home often not arriving until one in the morning. Then of course, there was the extra UNT work added to my teaching preps. Oh yes, and then there was my husband, the Criminal District Attorney for Wood County, and my four children in their various stages of before, during, and after college life. During one span of time, there were 4 of us in college; however, we all worked together to make it happen.

One of the most difficult periods was the summer I had to live in the dorm to fulfill the “residence” requirement.  I tried to go home each weekend to see my family, pay bills, and just play catch up. However, that was not always possible when there were projects to complete or major exams on the horizon.  I was so very home sick and would cry over the phone to my husband.  I am sure that helped him a lot.

It took me roughly five years to complete the course work and exams and another five for the dissertation.   The five for the dissertation was in part due to the fact that I lost my major professor two years into trying to develop a database project. I was terrified!! I talked to other faculty who taught or seem to have expertise in the database area, but no one would take me on for one reason or another. My last resort was to take my dilemma to Dr. Paul Fisher, the head of the department. As we Southern Baptists would say, “Praise the Lord.” Dr. Fisher came to my rescue. Although I had to start from scratch, I am very grateful to him for his down-to earth demeanor and the sincerity in his concern for students. After receiving the highly prized terminal degree, I continued teaching, eventually retiring as an Associate Professor. I thoroughly enjoyed the teaching, but I am enjoying retirement even more.